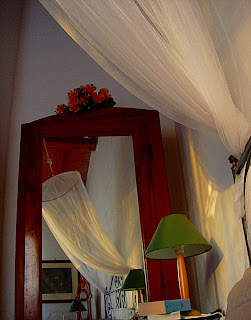 This morning as I awoke and started to become aware of where I was I felt this amazing feeling of waves washing over my body. It is a feeling of laying on the beach in the shallow part of the water and the waves moving over your skin. The only difference with me is that it starts from my head and moves down though my body to my toes.

After this sensation started then a feeling of a warm prickly feeling started to move from my core and out though the rest of my body. It is like when you are cold and someone gives you a blanket that has been heated and you wrap yourself up in it. I would describe the prickles like your foot going to sleep but this does not hurt it just feels like everything is moving yet it is feeling of peacefulness and bliss.

If you are wondering if I was afraid? Then you should know that this has been happening to me for the last seven months. It started out when I would go to bed and at first there was fear because I felt movement but then as I would give into the feeling of peace I would be gently rocked to sleep.

Of course I told my husband and my family and when my daughter said that she was experiencing the same thing and it started at the same time, it kind of made us both realize that it was something unique. I must admit that once you get over the fear of something new then it is a very pleasent sensation.

It got to where I was sitting still during the day and would relax I could feel it and I need to warn you don't do this while driving. It makes it hard to concentrate and I would get lost or needed to pull over as the waves moved though me. All I had to do was relax and it would pulse over and though me.

Yes, I spent hours on the internet looking up what was happening to both me and my daughter and could not find an explanation that seemed to fit just what we were experiencing. I emailed all the teachers that I had meet and they could not offer an explanation and would say, "just enjoy it, it is a gift."

Growing up I made my parents crazy because I was never satisfied with the standard answer, I wanted to know how things worked and why. If they couldn't explain it to my satisfaction, I would go on and on about it until I found an answer. Something I have learned about myself is this has Not changed since I was a child.

This is not something you talk about in the open during lunch with the girls, in a meeting or out shopping with friends. It is hard to explain in common every day conversation. And if people are unaware of the energy that moves though our bodies then it makes it hard to explain. Since there were two of us feeling the exact same thing then I felt like I needed to find some explanation.

I did discover that I could control it when it came when I set my will so that it just couldn't creep up on me. I also discovered that before I fell asleep or woke up was the best time to let it flow.

One day I got an email from a friend and was invited to hear a teacher speak about energy. Yes, I signed up immediately and drove up to Plano the next week to listen to what this teacher had to say.

It was in the middle of the class that I finely got up my nerve to ask my question and ask I did and the answer was," I don't know but it sounds like a gift, so enjoy it." My heart sank and as I was giving up a lady in her early twenties tapped me on the shoulder behind me and said," I know what it is that is happening to both you and your daughter. "We can talk after this is over."

It seemed hours getting though the rest of the lecture but I made it and finely turned around to listen to what this young lady had to say. Her first question was, "do you have a big family?" A big family! What kind of question was that! I thought in my head. My answer was "yes", "I guess but I was adopted," wondering where she was going.....then she said " I don't mean your living family, I mean the ones who have passed on."

Oh great, I thought....... Then she said " I believe that the energy that you are experiencing is coming from the prayers of your Ancestors who have past on to the other side and are praying for you and your daughter." Of course my first thought that started though my head was....... but all of a sudden, I felt a ring of truth in her words and the feeling that the answer I so sought out was solved. I could feel it deep within my own soul the love and prayers of others with this amazing love. I had my answer!

Lately my daughter and I have learned to live with this energy. She tells me she does not notice it as much anymore. I on the other hand let it flow when I get time to sit quietly or when I wake up in the morning if I get a few minutes to not be hurrying around. Neither of us know what happened in our lives that made the shift for us to be aware of it but all I know for sure, it is a gift.

Blessings,
Ana
Posted by Ana at 6:03 PM No comments: