In the Heart of Wounds 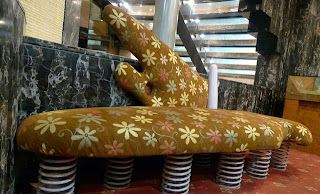 So this is something I had learned and found to be true. It is that we all have a wounded child living within us. No, not on a physical level although many may accuse others of that. But it is more on a mental or energy level. Yes, I am sure many of you already know about the inner child and some may have done some healing work with it but for those of you who wonder what I am talking about I wish to explain.

How many of us will be having an adult conversation when all of a sudden we get a reaction from the other person that is somewhere in left field? By this, I mean you may have by accident touched a trigger point which takes that other person back somewhere in their childhood that they in someway had experienced a wound. That means that the person you now are talking to is no longer the adult but the child with an open wound.

Now, you then experience a reaction from a child's point of view because the adult has never healed or understood that the open wound still exist therefor your conversation has turned into pouring salt on the wound and the reaction is dramatic. So now you are having this conversation with a two year old, a five year old, a thirteen year old or what ever age that other person had the experience.

This is where your compassion comes in if you are able to recognize that the other person is no longer with you but reliving an experience from their past. First and most important thing is not to take anything they say personally as they are speaking from the heart of their own wounds and if your intentions were not to wound then you are on solid ground. Take a step back and analyze your own feelings with the understanding that they may say something to spark your inner wounds or child.

Allow yourself to take a time out if you need to knowing that what the other person is experiencing is very real to them. Take care of yourself and be gentle with your feelings and emotions as they are not thinking but reacting from a trigger. You may not be in a position to heal them or even make things right but you are in a position to understand where you are.

So many of us have these wounds and we often without thinking speak from these open wounds not realizing the damage that it is causing in ourselves and our relationships with others. As we each become aware and awaken we begin to realize that we have choices and that we can heal from those painful experiences while granting grace to others. This is another small step towards healing and understanding those around us. Although, if we all took such a small step it would change the world around us.

Blessings,
Ana
Posted by Ana at 9:30 AM No comments:

They say that the eyes are the windows of the soul which was something my father told me when I was a small child. What does that mean? I remember thinking when I tried to understand what my father was talking about. What was a soul and how did that relate to me?

It wasn't until I was much older in life that I was able to sit still enough in a quiet space to feel my own inner being. I was able to feel some of my own essence that I was made out of and it wasn't until I could feel it trying to lift out of my body that I understood that my body and my soul were not the same. Both occupied the same space and yet they were separate.

So what does the soul feel like you might ask? Well, it feels like when you are listening to music that you really like and you can feel a slight vibration inside and outside your body. It feels like a slight tingling inside that moves through out your whole body.

I believe that is why we truly love music is that it is able to vibrate within our bodies simulating the same sensation that we feel when we are able to feel what it is like to be who we really are. Yes, there is music that makes us feel not so good and in that case you might get the same sensation when you are around someone that you just don't feel comfortable around.

The Circle of Life 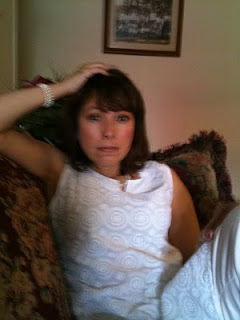 I don't know about you but in the past I have not really given a lot of thought of the food that I have been placing in my mouth. I did know that vegetables and the lower fat food is much better for maintenance. I understood that the body knows how to break down the food in my body and make it into fuel.

Then there is the understanding that the food that we put in our bodies might not be the right food and that when it breaks down the body throws it out because it can't use it therefor by not eating the right food we can starve ourselves even though we eat massive amounts of it.

Of course we all know that food has preservatives, hormones and pesticides in it so that we need to watch out for that. And a lot of us go Organic and watch where we buy our meat. No that was not the problem as I have taken classes and nutrition all though my life. Food is something we can not live without and something that even with all the research and new ways to keep it preserved we are still learning how it works.

About two months ago I was enjoying a nice glass of white wine with my friends over a dinner party and it was there in the middle of eating and discussion that I raised my glass up to my lips to take a sip. That was when it felt like time stopped for just a few seconds and a knowing came over me that the sip I was about to take was more then just a sip of wine. It was a form of liquid energy that would merge into my body and into my whole life force that is more than just my body.

This was then followed by a thought that if I took that sip, that is what I would become as that is what I am putting into my body and energy field. Not bad or good just an awareness of the whole process of putting something into my mouth. Next, my attention whet to my plate and a scene of the meat being prepared and the fear that the animal experienced came rushing into my body that I looked up to see if anyone was watching.

I could not only see it but felt it..... I pushed my plate aside but as fast as this happened I was able to turn it off so that I was not as aware of what was going on as we all talked and moved on to the next course. It was not until a few days later that I was reminded yet again of what I was placing in my mouth and was able to reflect on what had happened and that in some way this was a lesson for me to pay attention to......

As a lesson goes this was what I learned form the experience is that food is not just food or fuel but it is far more important than that. It is a merging of energy and the energy that the food carries are not just the physical form that we see and break down in our stomachs but it is also a life force of energy surrounding and in our whole being.

There is a movie that comes to mind called "Like Water for Chocolate". In it the story line is about a young woman who is in love and is forbidden to marry so she turns to food as a release of her passion. As she creates and prepares this food she puts into it everything that she feels for her beloved causing quite stir as people who eat her cuisine find that they to feel her passion.

It has been years since I saw this movie but being reminded of it helped me to understand that the person who is creating the food puts a lot of their own energy into it. The animal or vegetable has its own energy and it is no wonder why we have so much trouble with our stomachs and digestion when so much emotional energy is put into our mouths.

We are finding that not only do we have our physical bodies but we also have emotional energy that can also play a big part in our health affecting us mentally, emotionally or physically. So what happens when we add everyone else's emotional energy to the pot?

Please, know that energy can be changed with intention so prayer is huge......