I am amazed when I am talking to people just how much we don't allow ourselves any room for mistakes which makes it neat that I learned from my children's first grade teacher that it is, "OK to make mistakes because that is how we truly learn."

Wow, a first grade teacher who is explaining that mistakes are normal and to not be ashamed but it actually becomes an opportunity to back up and learn something form it.

So I don't know why but this triggers a discussion I had with my teenage children yesterday as I we were preparing lunch. My son was watching our newest member of the family an eight month old puppy follow and do exactly what our thirteen year old dog did.

His commit was, "Did you know that a monkey will not try something new unless he sees another monkey do it?" My daughter response was," that means that one monkey has to be really brave and different to try something new." His answer is yes, Monkey see, Monkey do."

So where does this bring us, you ask? I think that often we are afraid to explore and try new things because we watch others do while we sit safely aside as life passes by. That way we don't ever have to face a mistake or disappointments in our secure lives. But it is when life throws a "curve ball" that we are really tested to spread our wings and try to fly that life gets truly interesting.

Fire of the Spirit

A Lesson of War 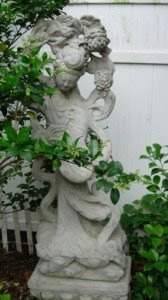 Two weeks ago in one of my dreams, I was shown the book, "The Art of War," so imagine my surprise when I was dropping books off at the library and discovered, on the audio shelf, the CD of this book. Of course I had to check it out and was aware that I was moving in unmarked territory, in a subject that I really had no interest in, so I thought.

As I got into the car I removed the CD's and fed them into my CD player I wondered again why I was listening to this. I often do a lot of driving, and listening to audio books takes the edge off of the long trips. As I listened to the historical history of the Warlords in China, I began to think, why in the world would I check out something so boring? My mind soon began to wonder as I drove but something in the back of my mind said, "just wait".

Out of the five CD's, it wasn't until I got to the middle of the second CD that a story began to catch my attention. It was about an Emperor who wanted to do a little experiment and asked a Warlord If the same tactics to train men could be used to train women. He then gave the Warlord 180 beautiful women to be trained in the art of war. The Warlord agreed as the times were desperate.

The Warlord took the Emperor's two favorite Concubines and made them Commanders. Then he outfitted them all in combat clothes and gave them weapons to fight with. After asking the women if they knew certain things about war and combat, he lined all of them together in rows and placed the two Commanders up front in charge of the group.

Next he went into an explanation of exercises and gave them directions of commands. Once he did this, he shouted out a command to face the north with weapons drawn. The ladies began to giggle and no one turned to that direction of the command. He promptly explained that it was the Commanders who were in charge and it was their duty to explain and make sure that everyone understood the commands.

To cut the story short this same scenario played out for four more times which he promptly announced that since it was the Commander's responsibility to create a harmonious team. He then ordered the two Commander's to be executed. As the Emperor saw this about to take place he sent out a prompt message, not to do this since he would lose the " pleasure of tasting his food" as I quote directly from the book.

But the Warlord responded that the Commanders had taken the office of command and responsibility and ordered the execution in front of the ladies. As the ladies looked on to such a severe display of punishment, two Senior ladies were appointed to be Commanders to take the place of the ones that were executed.

Again the Warlord lined the ladies up and went over the directions and then proceeded to shout out the commands. This time it was perfect. The women turned to the direction and followed commands in perfect unison. The new Commanders picked up on the form of leadership and provided a new order in transformation of the ladies to a well disciplined army of troops.

I sat there in the driveway, in my car, listening to the story, shocked and amazed of what I just heard. Not only was the story appalling to me but it was true. As I turned it over in my mind, I realized why this story, out of many had caught my attention, I realized that the one thing that I could identify was that when we are in the world we must be aware of our own actions and not be seduced by favoritism.

What I did see......... is that we as humans compete to be the favorite as it gives us privileges and pardons. It is because of this, that it creates a lot of fighting and competition among the leaders of organizations which in turn trickled down to the rest. This type of leadership and atmosphere becames unbalanced in the unison and flow of the one goal that we were all trying to achieve. It is then the outcome of competing to be in the inner circle which was not what leadership is all about.

While I don't agree in execution as a form of discipline to achieve this goal in TEAM work. I did see the value in taking the things that I am working on in my life, with my full attention. I am amazed that the warlords who lived thousands of years ago had this knowledge and it can still be applied to the disciplines of the self and leadership of today.

Blessings,
Ana
Posted by Ana at 6:15 AM No comments: