As I was talking to a friend about memory patterns and triggers I remembered a story that would help her understand what I was trying to say.  My friend had been dealing with an emotional pattern in her life that kept being triggered at a certain time of year. I was explaining that the same thing had happened to me years ago but if she didn't resolve it then the pattern would move from the emotional body into the physical body. 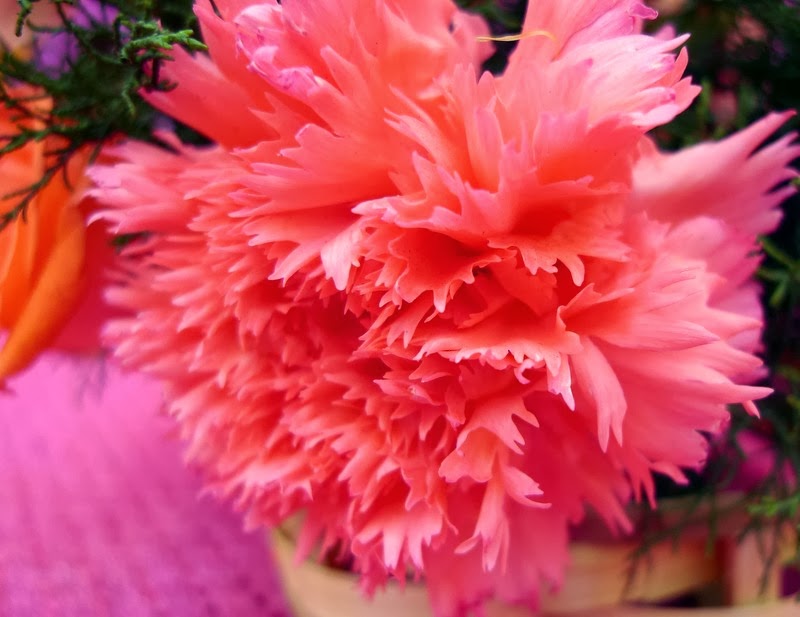 I told her that in my late twenties that I started to have a series of operations which seemed to happen consecutively every year for a number of years. Each year I would collapse with excruciating pain and then have to be rushed into the emergency room. The Doctors would look only to find that there were physical things happening to my body and then having to operate. My husband and I would then rejoice that the crisis was taken care of and continue with our lives until the next year. Then the pattern would cycle all over, and I would end up in the emergency room again. After about five years of this I was talking to my mother on the phone when she brought up that this seemed to be a pattern. I didn't understand why she would say such a thing since I seemed to have no control over collapsing, and writhing in pain.  Then she told me that she had been keeping a record on her yearly calendars of when this would happen and when I would be rushed in for an operation.

She explained that she had discovered it quite by accident. It all happened when she was transferring birthdays from one calendar to another, and came across the dates of my emergency operations. Then she started to look at calendars from other years, and noticed that every year around the end of April on a certain date I would have an attack like clockwork. At the time I thought she was making it all up, and went over to her house to look at the calendars. It was true the dates were all the same. I still didn't want to believe it so I went home, and looked into our personal records of admittance, and bills checking all the dates which correlated with what my mother had told me. It was crazy! It was then when I decided that this cycle had to stop. That all happened during the fall, and so when spring arrived I was prepared to deal with whatever was around the corner. April came, and went. It came, and went the next year, and the next without any hiccups.

It was many years later when I was studying energy patterns, and how memory patterns affect the body that I understood what had happened. Somewhere in my subconscious mind I had suffered an emotional trauma that was never dealt with. From what I gathered the trauma had happened to me during that time of the year, and had been lost in my memory. So my body as a defense each year would replay the trauma recognizing that time of year as a trigger. My part was to acknowledge that something had happened to me which allowed the emotional energy that was stuck in my body to release. The strange part is that I never remembered what it was that had happened to me, but I was able to convince myself that I was okay when that particular date on the calendar came around. Once I established I was safe the pattern broke, and there were no more operations.

I explained this to my friend. I also told her that from my own experience it is okay not to remember, but it is really important to change the broken pattern with positive reassurance, and affirmations that things have changed. Somehow if the mind gets this then the body starts to follow. One of my teachers used to tell me that things get stuck out in the energy fields of our bodies then work their way into the mind, and physical body. What I see that is really cool is........ that we have the power to change things by just being aware.

Something that I wanted to bring up is the subtle way human beings can connect with each other. When I say that I mean more than just sharing our thoughts, feelings or even having physical contact. As human beings each of us have the ability to pick up on each others emotions or even feel what another person is going through. 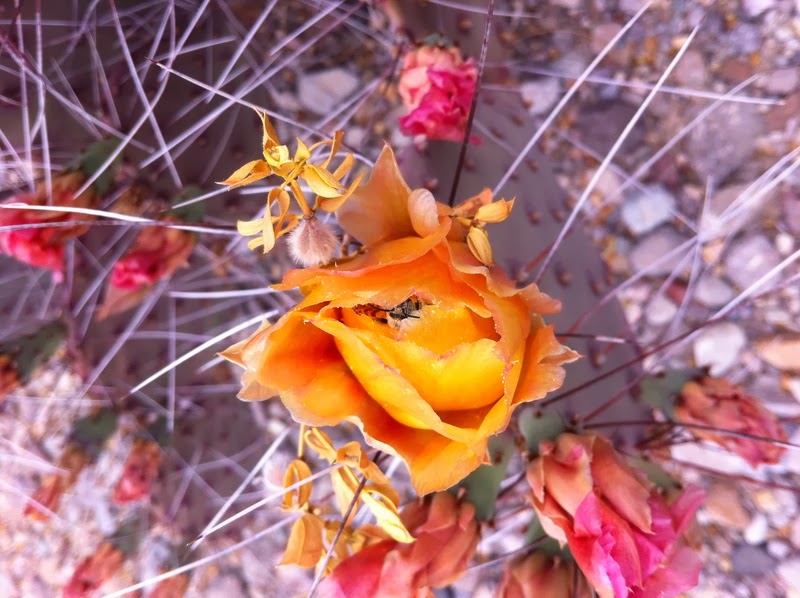 What is amazing to me is that we can pick up on those that we care about even hundreds of miles away. My Grandmother shared a story with me which happened during WWII about such a connection. At that time  she was living in California and my grandfather was stationed over seas. She said that during that time they would have blackouts where everyone turned off their lights and went in doors so that if they were invaded the planes couldn't see the town as clearly.

It was during one of the blackouts that something happened that really scared my grandmother as she gather the children, my mom and uncle into the house. She told me that while she was going through it fear had really gripped her and she was desperately wanting my grandfather to be there in that moment.  She and the children made it though the night and the week.

Weeks later my grandmother received a letter that was from my grandpa. She said that when she opened the letter she couldn't help crying. In it my grandpa said that he didn't know what was happening to her in that moment but he felt very compelled to wake up and get out of his bunk to write her. He wanted to let her know that he was thinking of her and could feel her heavy distress. He went on to encourage her and to let her know how proud he was of her and their family. He also wanted her to know he felt bad that he couldn't be there in her time of need but he was there as he could feel her fear while writing the letter.

As my grandmother was telling me this story tears were rolling down her cheek and she was chocking on the words as she shared the last part with me. My grandpa had written down the time and the date so she would know when he wrote the letter.  With huge tears in her eyes she said that it was the exact date and the time  matched up to what it was on this side of the sea of when she was going through those big emotions of fear.

My grandma passed away in 2008 but I hold the memory of that story in my heart. As I learn more about relationships and the way we all interconnect I understand that not only do we have the capacity to feel those that we love but everyone we come into contact with. Then the thought was that if we as human beings were conscious of the emotional  messages we were sending out with our imprints then we could really change things. What I mean is that our connection to each other is a lot more powerful than I think we even realize.

Years ago I was sitting in a class that my fire walker friend Daniel D'Neuville was teaching when he asked everyone, "Where does the universe begin and end?"  At the time I thought that was a very strange question as it made no sense to me. Then as I sat there, and pondered I saw this swirl of planets out in the universe, but again it didn't add up. Daniel our teacher then just waited for all of us to contemplate on the question, but the answers in my head were all leading me to a dead end.

It wasn't until I got tired of the question, and my mind rested on where I was setting that the answer hit me! "Of course it's inside of me!" Then I realized that it is not only in me, but in every living being. A flash of me when I was a child realizing that one day I would die, and the sun, and the earth would go on without me. The sun would still rise, and the moon will still shine, but I would no longer walk this earth. The universe from my own perspective, and with everyone else starts within our own experience that we are aware of.

Then Daniel after awhile said to the group,"The answer is it starts, and ends from exactly where you are". I have to admit that it made me smile as it made sense. 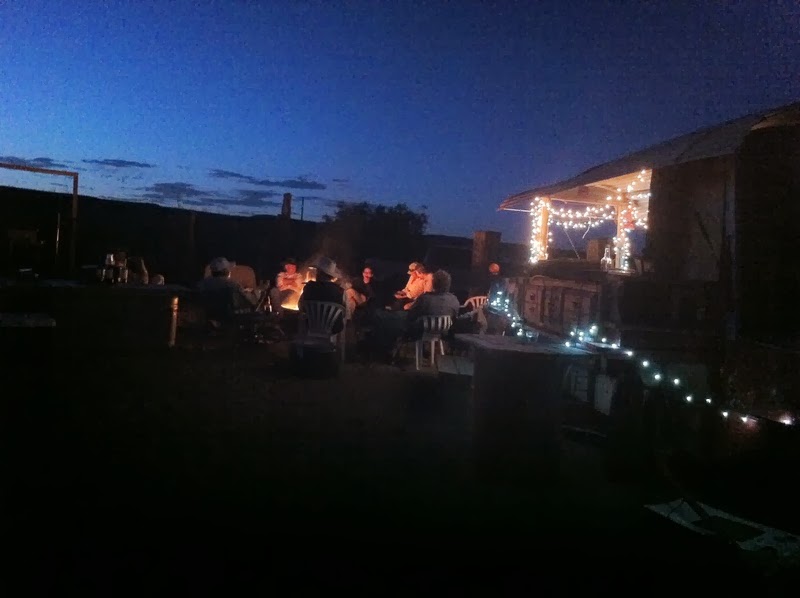