In the Mouth of Fire 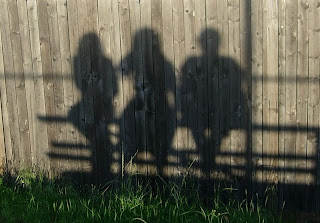 A new awareness and awakening that is starting to attract a lot of attention, is in the heart of control, where there are symptoms that lead to strong roots of abandonment. It is something I think that we as a society have not really looked at as a virus that spreads like a forest fire through the fertile grounds all around us.

Often you will see it in the fight for control and power. And people who are sensitive are attracted to it like a moth to a flame. There are two main players in this game, the Abandoner and the Abandoned. A person exposed to one will often act out the other and will exhibit traits of both. But they are the key to creating unbalance and major control issues that lead to unhealthy relationships and that come into contact with the two as they fight for power and control.

As spectators, it is almost seems like attending a Gladator game, as the two forces come together as they go into a power play in the fine arts of war and seduction. Cleopatra would only be so proud. For the two players the game is a true battle of life and death and to others is only a display of bad behavior.

What truly miffs me is that we see it displayed on TV as favorite pass time games that we root for our favorite fighters as if it was something to be proud of. Our thirst for blood only dictates and encourages the fight as we enjoy watching the behavior, redeeming the winner as a strong spirited individual. And yet in reality when we are in the center of the battle we will often run for cover or chose sides hoping that our choice in a hero will be the winner as to share in the spoils of war.

I was amazed that even though we as a society teach our children not to be caught up in these events that we as adults participate and encourage this pattern of ill behavior. You see it everywhere and is considered to be "just the way people are". "Accept it and move on," as I was told by Coworker, where I worked. People are people.....

But in my search for the root of the cause of this behavior, I have discovered that Abandonment can play a big part in creating these unhealthy environments. It is something that most of us live with and may not even be aware that it exists. It is out of our patterns of brokenness that these behaviors show up and destroy lives and all those who showed up for battle.

You may often hear the phrase that "history often repeats its self". Well get out he history books and lets start looking up some of the symptoms. You may think that it was only in the past when you had to sleep with a loaded gun under your pillow but honey tread lightly when you walk into a room and turn on a light.

One of the books that I recommend is "The Journey of Abandonment to Healing" by Susan Anderson if you are looking for material to read to help shed light on the situation.

I will talk more about it in later insights but just wanted to bring to the table how we dress up our most wounded in armor and set them up for the battle field. Nothing has changed in the past thousands of years and it is time to stop this insanity and reach out to each other. After all we are all the creations and children of something much more greater then ourselves.