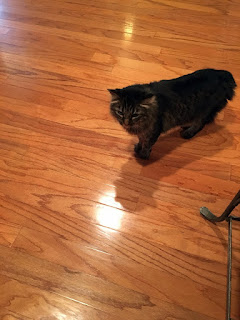 I was't sure what I would write about this week until this morning when I was inspired by a story that young women shared with me. We  both have a love for animals in common and a month ago when we were visiting she was telling me about a cat that had walked into her apartment and made himself at home one day. She knew he was a stray in the apartment complex because he hung around with the other strays and had a few buddies that scattered when they saw her and he was skinny. She mentioned that she was thinking about adopting him but also had a hunch that he belonged to someone even though she knew he was on his own. This morning when I saw her I couldn't help myself and so I asked if she had a new cat.

As it turns out it was a beautiful story because when she went to take him to the vet to be checked out, he had a microchip. From there she went on to contact and deliver him to the family who had been missing him for a year. The story goes they had lived in the apartment complex but had moved and it was during the move that he got lost. Apparently they had made many trips back to find him with no avail and finally gave up. As tears filled my eyes she went on to say that the cat and family were so happy to see each other that he started to purr as soon as he saw the two children. It was a happy reunion for everyone! 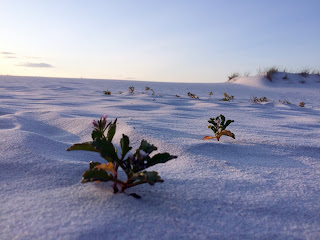 This brings me to what I learned this past week and that is how many times do we stop to do something or have hunch and know that we need to take action on something and yet we walk away? This could be anything from taking the extra time to visit a friend or family member or even a phone call. A single action or moment has the chance to be more cherished then we could ever imagine. This is not only about being conscious of our own needs but the people, animals, plants and even the environment around us.  It only takes some action and little time to make a difference.

Photographs by Ana
Posted by Ana at 1:38 PM