Power of the Human Dream

The term to "dis-em-power someone" is a term that I really never gave much thought about as I was going though my everyday life. At least it wasn't until I heard about this wonderful teacher whom I wanted to take classes from.

That morning I was excited about meeting with this person in my life and discussing some of the exciting things that were happening, along with finding when the class was to start up so that I could began to learn.

I think it was in the beginning of the conversation that she brought up the term "dis-em-powering" someone else. What was that? My thoughts quickly turned over to someone being held down on a Karate mat...Then she explained that it was "taking someone else's power away."

She used me as an example, that I had come to her with a dream that I felt very called to do and wanted her blessing and to know if I was doing it right. Her answer was that, "if it was what I felt in my own heart, that the way I did things were what I was to do to make it happen, then I should continue on my journey in life, because I knew what was best for me, in that situation for what I was called for.

Then she said "Ana, What if I told you that you were doing things all 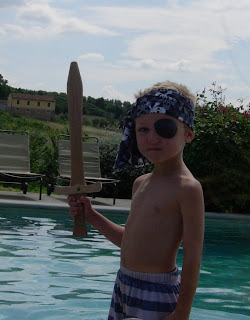 "Of course," I said, "I would stop and then I would not put my words into action."
"Well, then all those people who would benefit from your dreams would lose out because I took your power to make it not happen." "Look what happens when you give your power away or someone else takes it from you." "The joy is gone and everyone loses in the end."

I think it was then, that I realized how humbling it was to hold someone else's heart in your hand and that words could make or break someone else's dreams when they looked up to you. In all the different roles that we play as parents, friends and different family members our responsibility are massive in in-powering each other to be successful in life as opportunities arise. Most of the time we don't even realize that we hold something precious in our hands.

I went away with a reflection of myself and what my own actions and intentions were with the ones that were placed around me, in my life. Also who it was that I give my own power away to.