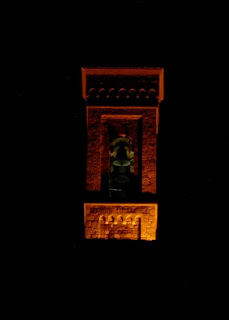 When I turned 18 my mom and step dad had saved up all their pennies to take our family on a week vacation to Jamaica for the summer. Not only were we going but they saved enough for my little sister and I to each take a friend.

I can't tell you how much fun we had as my parents seemed to spare no expense. As we enjoyed a week of exploring the island and running around, I thought to myself that for some reason I was supposed to be here.

This brought me back to a memory of when I was nine and our music teacher taught us a song in school called "Mary Ann". She told us about Jamaica and how the song was created. At the time I remember thinking, someday I am going to Jamaica. I had no doubt that I wouldn't go, so when my parents announced that we were going I knew some place in my heart that was where I was supposed to be.

Needless to say that we had a wonderful time on our vacation and like all trips ours came to an end. As we were sitting on the plane waiting to take off, my friend had fallen asleep, so I had some time to myself to look around the cabin since we were scattered all over the flight.

It was in that moment that I felt afraid of the plane taking off. It was a panic and fear that seemed to wash over me. The only way I could describe this feeling is the metaphor of jumping into a swimming pool in the middle of winter. It was the shock of this icy cold feeling moving through me that literally froze my bones down to my inner core.

Then as quickly as the fear took a hold of me. I felt a presence that I could not see bush across my body and as it did, the fear started to be replaced with this feeling of warmth. Then a knowing came to me, that everything was going to be alright. At that moment the plane started to taxi down the runway and as it lifted into the air I was in a mental and physical bliss. The peace that washed through me only added to my since of knowing that when it was my time to leave this old earth that this was what it would feel like.

The only reason I bring this experience back up is because last October I flew to LA to visit my little sister and her family. I was in a hurry and so my dear husband made the seating arrangements that was by the window. As I was sitting on the plane waiting for it to taxi, my hand for some reason hit the side of the plane and the whole side seemed to move, which seemed to me like it was caving in where the window was.

Yes, I immediately became panicked since flying is not my favorite way of getting around. The fear that started to move through me was almost the same that I experienced on the trip form Jamaica. Only this time it was stopped in mid stream. Again a flood of peace moved over the fear and washed it out along with a knowing that it was not my time.

This stayed with me through the middle of the flight until I hit the side of the plane again which started the whole process over. I guess the older I get, it is harder to convince me that things are going to be OK.

When I finely got to LA my sister asked me how my flight went and as I started to tell her about my experince, she quickly shut me down. My brother in law feels the same way I do about flying and his job takes him on lots of trips. And how do you tell about this experience without telling the whole thing?

All I know is that for a few times in my life, I have felt like I was cradled in the hands of our Creator and for a brief time in my life there was NO doubt that He exists.